On November 9th 1981, Dickinson was the scene of a grizzly murder. The scene; The Swanson Motel, 746 West Villard. The victims; 53-year-old Priscilla Dinkel and her 7-year-old grand-daughter, Danelle Lietz. Their killer; William Reager. The Swanson murders drew national attention among the law enforcement community, mainly because the case had gone “cold” and a suspect wasn’t named for nearly 10 years. That changed in 1991 when a new tool, an “FBI profile”, was given to law enforcement and a killer was brought to justice. 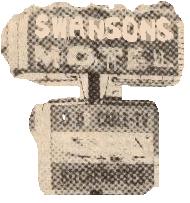 Police Chief Chuck Rummel, who in 1981 was a Patrolman, was one of the first called to the motel. Rummel described the murders as eerie. Dinkel was found face down in the office lobby of the motel. Her hands had been bound with an electrical cord and she had suffered a blow to the head by a blunt object. Her granddaugther, Danelle Lietz, was in the office sleeping quarters. Lietz was found unbound on the bed, but evidence suggested she had been tied up at one point. Rummel said that he can still remember what the two were wearing; Dinkel in a blue nightgown and Lietz in Strawberry Shortcake pajamas. To make matters worse, there was evidence suggesting sexual contact was made by the killer between Dinkel and Lietz.Priscilla Dinkel, a Crystal native, moved to Dickinson 3 months prior to the murders to manage the Swanson Motel. A majority of the tenants at the motel were oil field and energy laborers working the 1980 oil boom in southwest North Dakota. The police were called to the motel only a handfull of times during this period. That all changed in the early morning hours of November 9th. A neighbor called police shortly before 8:00 AM to report he had found two lifeless bodies lying on the floor of the office.

Local police detectives, to include then-Detective (SGT) Rick Bartz, and state BCI detectives worked on the case to develop any leads possible. A list of suspects was on hand, but several crucial pieces of information were missing, making it difficult for investigators to connect the remaining dots. Weeks turned into months, then into years, with no new leads. The case turned cold after nearly 10 years.

In 1991, Police Commissioner Walter H. Rehling stirred interest in the case and asked the new police chief to take another look at it. Chief Paul Bazzano was head of the police department at the time. Rummel, who in 1991 was working as detective, was assigned by Bazzano to review the cold case and develop any leads possible. With the help of the FBI, a suspect “profile” was created and compared to the list of suspects. The FBI profile was a new concept in the early 90’s and would prove to be pivotal in naming a suspect in the Swanson murders.

After comparing the list, Rummel named William Reager, a city taxi driver and transient, as the prime suspect. Within days, Rummel and a representative with the state BCI office were enroute to Batesville, Arkansas to interview Reager. During the interview, Rummel noticed many traits of the FBI profile were glaringly obvious in Reager. After hours of interviewing, Reager finally confessed to the murders and gave very vivid details of the murder that only law enforcement and/or the suspect would know. He told Rummel that he wanted to date Dinkel’s daughter, but she did not approve of him.

Reager was subsequently arrested and charged with the murders of Priscilla Dinkel and 7-year-old Danelle Lietz. Reager was put on trial for the murders, but died in jail from a heart attack just days before the start.

The Swanson murders are used as case studies for FBI profiles in many criminal justice universities around the nation. This notion has even sparked interest of A&E Television and their series “Cold Case Files”. Chief Rummel plans to meet with television executives to tell the story of Priscilla Dinkel and Danelle Lietz and how their killer was finally brought to justice. 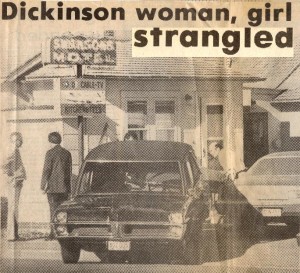 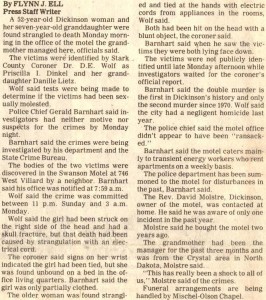 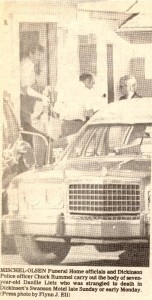 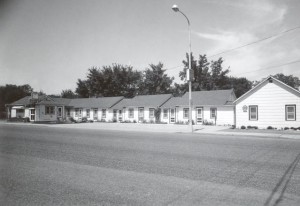