After nearly three decades of service, Sergeant Dave Wallace announced his retirement this week. SGT Wallace started with the Dickinson Police Department on March 2nd of 1988. During his tenure, he wore many hats to include patrol supervisor, patrol division commander, community services officer, school resource officer, and agent with the narcotics task force, just to name a few.

During his off time from the police department, SGT Wallace was also a paramedic with the Dickinson Ambulance Service, adding to his tremendous dedication and service to the citizens of Dickinson and the surrounding area.

To add to his legacy, all of SGT Wallace’s children have ultimately chose to follow in his footsteps. Eldest son David JR is a Sergeant with the Stark County Sheriff’s Department, Jason is a patrol officer with Dickinson PD, and daughter Cori just graduated from the police academy and also serves with the Dickinson PD.

We would like to thank Dave for his years of service and dedication to the police department and to the community. We wish you the best of luck in your retirement! 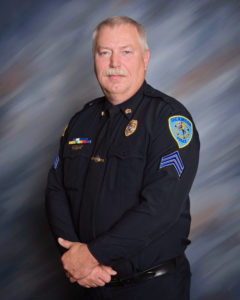