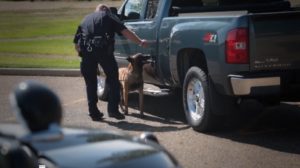 The presence of narcotics in a community can have an obvious impact on the quality of life. When drugs run rampant, other associated crimes increase. These can include an increase in burglaries, thefts, assaults, and weapon offenses. A rise in the use of heroin and fentanyl-laced heroin is becoming a growing concern for our state. Many overdoses and overdose deaths have occurred in our area. For that reason, the Dickinson Police Department is determined to take a proactive role in the war on drugs. One weapon in that war is the drug detection K-9.

The Dickinson Police Department received its first drug detection K-9 in the summer of 2006. The first dog, “Duke”, has since retired. Other past dogs include “Buster”, “Talon”, “Samson”, “Niko”, and “Gambit”. The current members of the department’s K-9 Unit are Senior Police Officer Peters and K-9 “Kalo”, and Officer Machovsky and “Norman”. 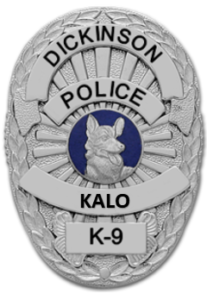 K-9 Kalo is the department’s newest dog and was purchased through Performance Kennels of Buffalo, MN after an outpouring of community fundraising support. Kalo is a male Belgian Malinois-German Shepard cross. He is a dual-purpose narcotic dog with patrol apprehension capabilities. He comes extensively trained on alerting to the odor of marijuana, cocaine, methamphetamine, and heroin. Corporal Peters is currently paired with K-9 Kalo. They completed their initial certification in June of 2018. The K-9 Unit works closely with the Southwest Narcotics Task Force (SWNTF) to develop patrol tactics and share intelligence. Many arrests that the K-9 Unit makes end up helping the SWNTF by connecting the area drug ring. The Unit also assists the department’s School Resource Officers. The team is often called upon by the area schools to perform random drug sniffs on school property. 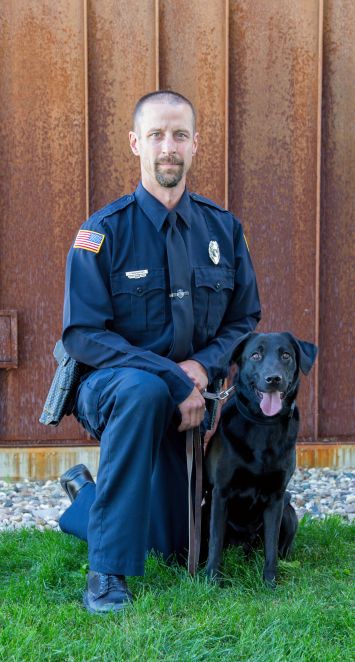 K-9 Norman is the third dog purchased through North Iowa K-9. Norman is a purebred black Labrador Retriever. He is a single-purpose narcotic dog and comes extensively trained on alerting to the odor of marijuana, cocaine, methamphetamine, and heroin. Officer Machovsky is currently paired with K-9 Norman. 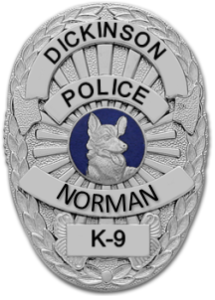 As the energy boom of southwest North Dakota continues to expand, the community will be tested on its ability to deal with the possible increase in drugs and their associated crimes. Learning from the lessons of the late 1970’s oil boom, the department is determined to be proactive in meeting the challenges that the community will be facing. We are confident that with the SWNTF being as strong as it has been in years, with the addition of drug detection dogs, and with the continued support of the city commission and citizens, our community will be an example for others around the region to follow.

Apprehension K-9s like Gambit are required to perform yearly certifications in addition to their narcotics certification. The video below gives you a front-row seat on the training officers perform in preparation for the event. 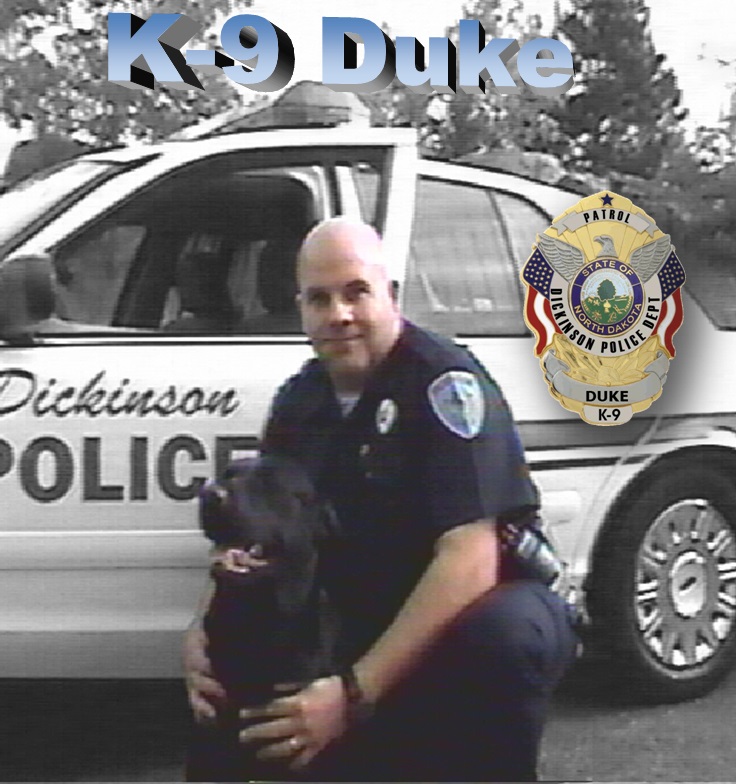 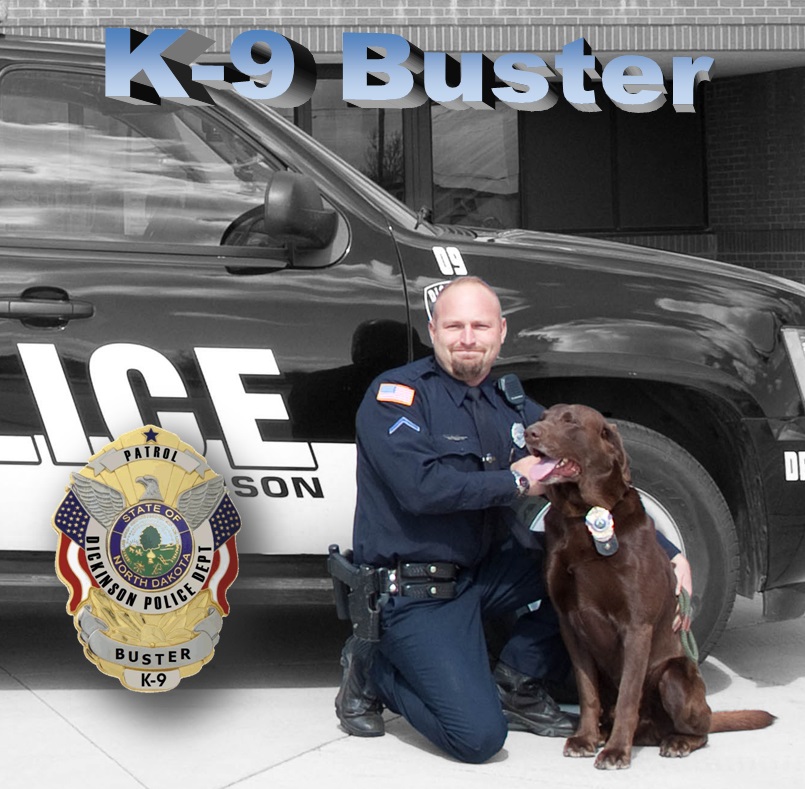 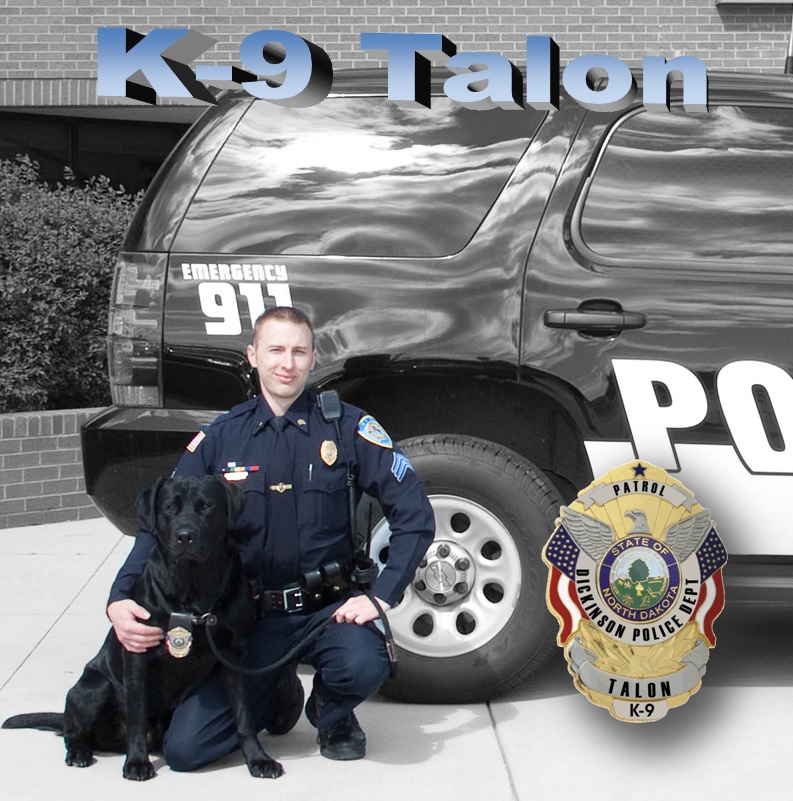 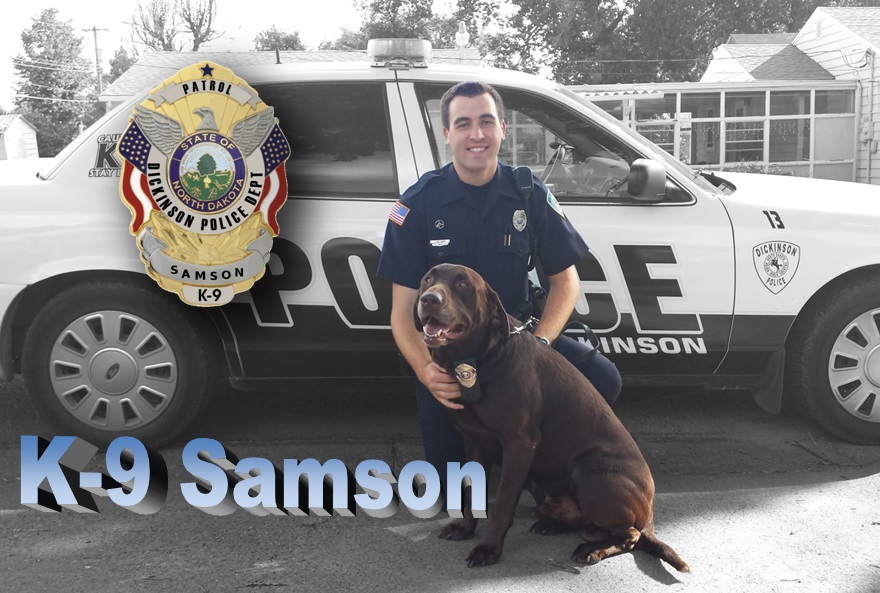 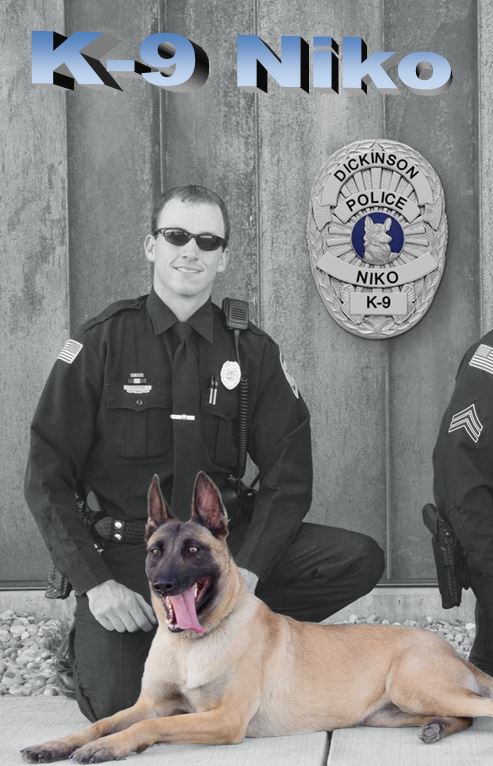 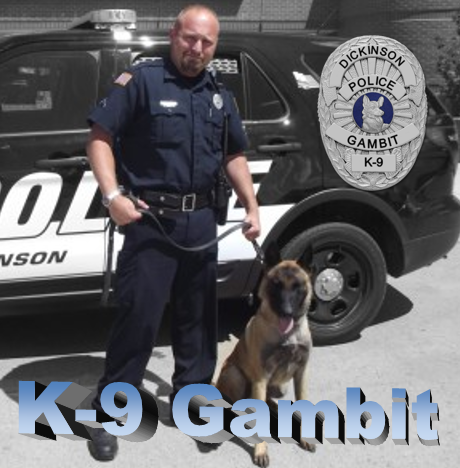 In early 2013, the Dickinson Police Department was set to retire two K-9s from service; K-9 Buster and K-9 Samson. A fundraising effort was conducted, and several area businesses and individuals donated to the K-9 team in 2013. As a result, two new narcotics dogs were purchased; K-9 Gambit and K-9 Niko. Both dogs are Belgian Malinois breed, and were purchased through North Iowa K-9. We would like to thank our donors for making our K-9 unit the strongest it has ever been! 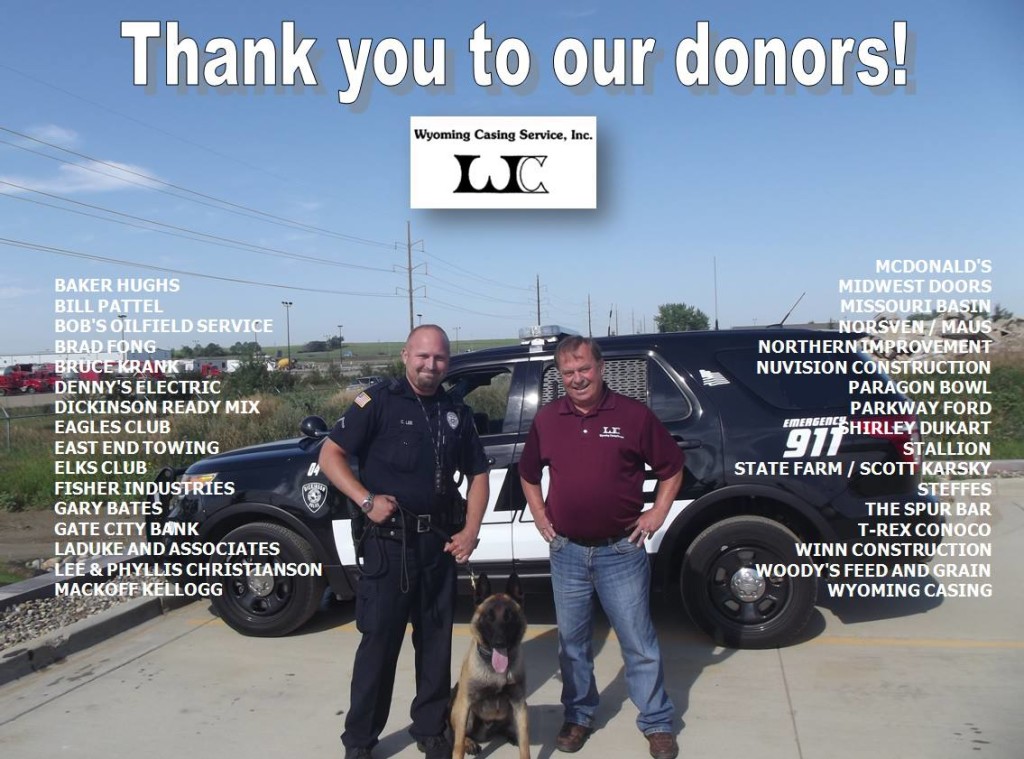 Questions or Comments? Comments and questions regarding the K-9 Unit can be directed to Corporal Peters (E-mail), or Officer Machovsky (E-mail) or by calling 701-456-7759