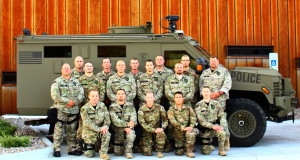 The Southwest Tactical Team was formed in 2003. It is a multi-jurisdictional team comprised of officers from the Dickinson Police Department and other surrounding agencies. The team’s mission is to provide a resource for regional agencies to successfully resolve critical incidents, with the intent of preserving life and protecting citizenry. The team primarily resolves incidents; such as, serving high-risk search and arrest warrants, and confronting armed suspects. Southwest Tactical Team members train together on a monthly basis. They also attend a POST-certified SWAT Basic Academy and other relevant training. In 2010, the team became a regionally-certified tactical team. The North Dakota Peace Officer Association ‘Special Operations Committee’ (SOC) has developed a list of standards a team must meet in order to become regionally-certified. Some of these standards include the ability to deploy chemical munitions, have a trained marksman team, have a trained crisis negotiation team (CNT), and other specialized equipment and tactics. Now that they are certified, the team can qualify for reimbursement if they respond to an incident outside of their jurisdiction. Traditionally, the Southwest Tactical Team resolves a high-risk incident once every month. 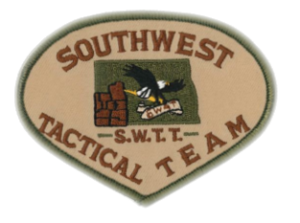 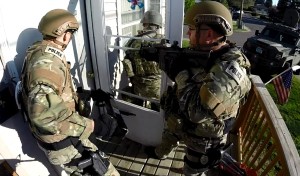 The members of the Southwest Tactical Team are highly motivated individuals who possess excellent team building attributes as well as above average physical fitness skills. The team consists of highly trained personnel with specific skills in the areas of marksmanship, tactical response and containment, deployment of chemical munitions and hostage negotiations. 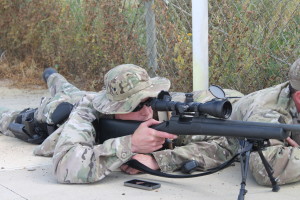 Team mobility is one of the requirements set forth by the NDPOA-SOC. In 2013, the team acquired an armored tactical unit from Lenco Industries. The “Bearcat” is a fully-armored vehicle capable of stopping up to a .50 caliber round. It has run-flat tires, off-road suspension, weapon ports, and many other features. Its primary use is rescuing/evacuating officers and citizens from danger zones and well as getting SWAT members as close to a critical incident as possible while keeping them safe. Funding for the Bearcat was provided mostly through a grant from the ND Land Board. The county commissions of Dunn, Billings, and Stark, as well as the City of Dickinson, supplied the remaining funding. 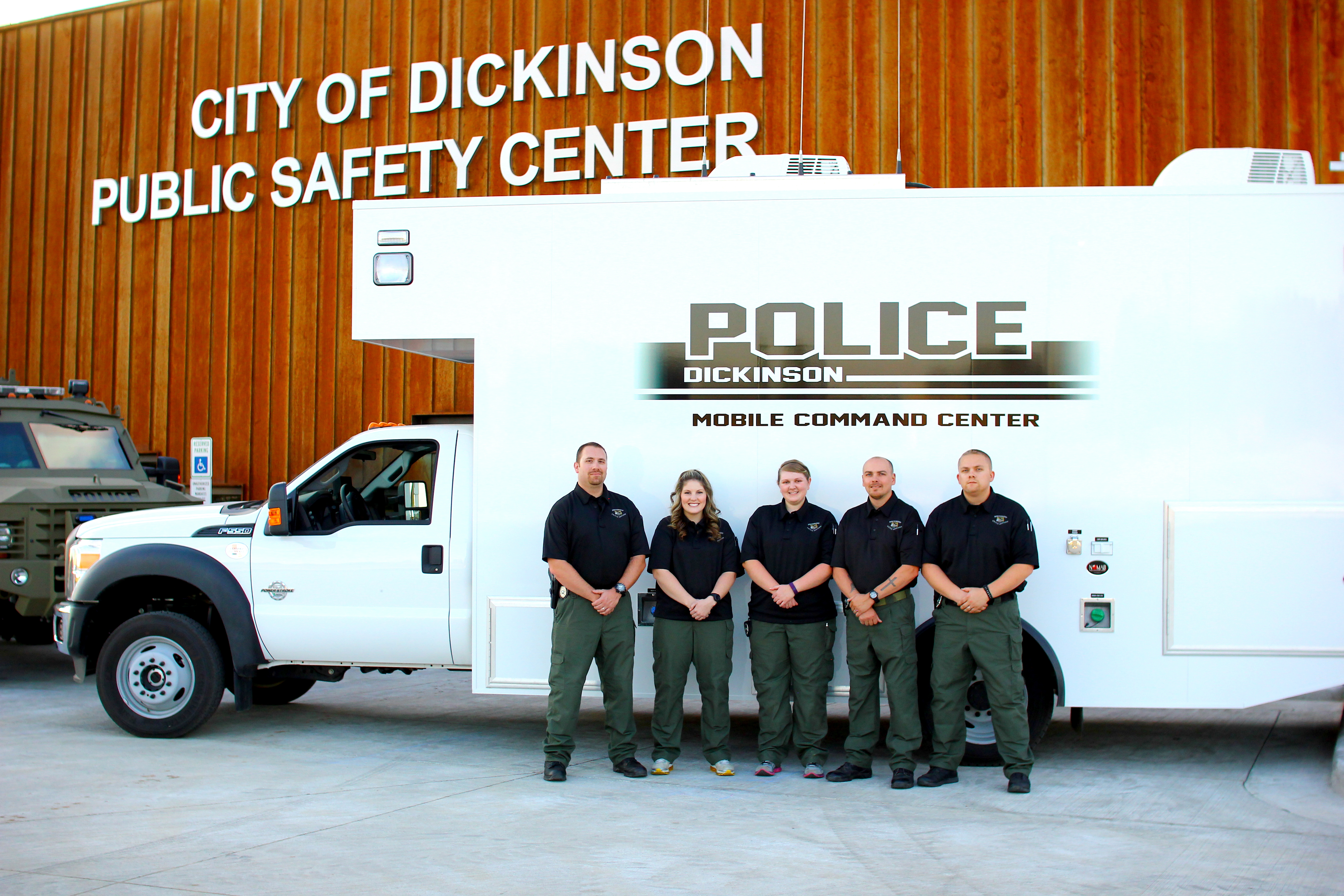 The Crisis Negotiation Team is a specialized unit within the Southwest Tactical Team and is comprised of officers from the Dickinson Police Department and Stark County Sheriff’s Office. CNT’s mission is to respond to all barricade and hostage situations and develop a plan for a successful incident resolution. Once activated, CNT focuses on establishing contact and developing rapport with the individual involved. They use the opportunity to appraise, evaluate, and gather intelligence in order to resolve the crisis as quickly as possible. The Crisis Negotiation Team trains quarterly on various topics to include suspect psychology, communication skills, and utilizing negotiation technology. At least once per year, CNT integrates training with the SWAT team for a scenario day.

In 2015, the team acquired a 28-foot Mobile Command Center (MCC). The MCC was purpose-built by Nomad GCS of Kalispell, MT. Funding was provided through an oil impact grant. The MCC features a back negotiation room and a front incident command room, radio and telephone communications, and a lavatory. The MCC will be used at scenes of barricaded/hostage incidents, and is available to local agencies at major incident/crime scenes. 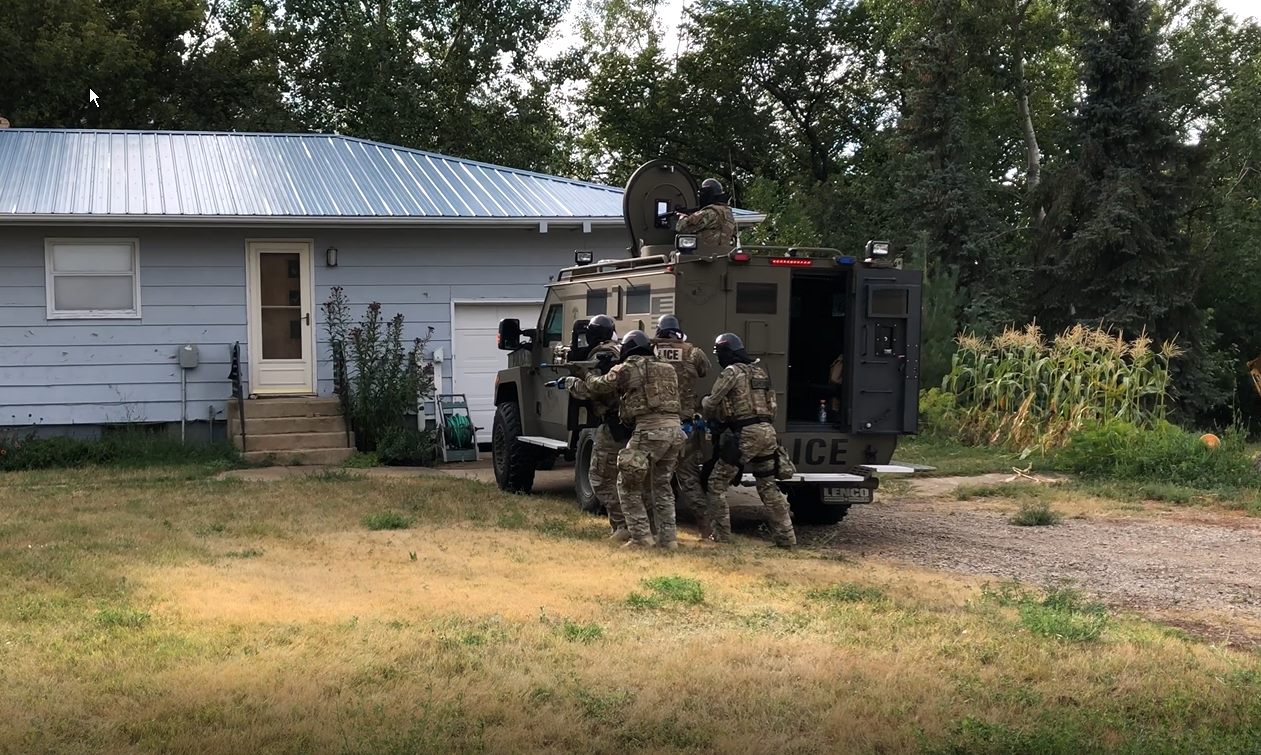 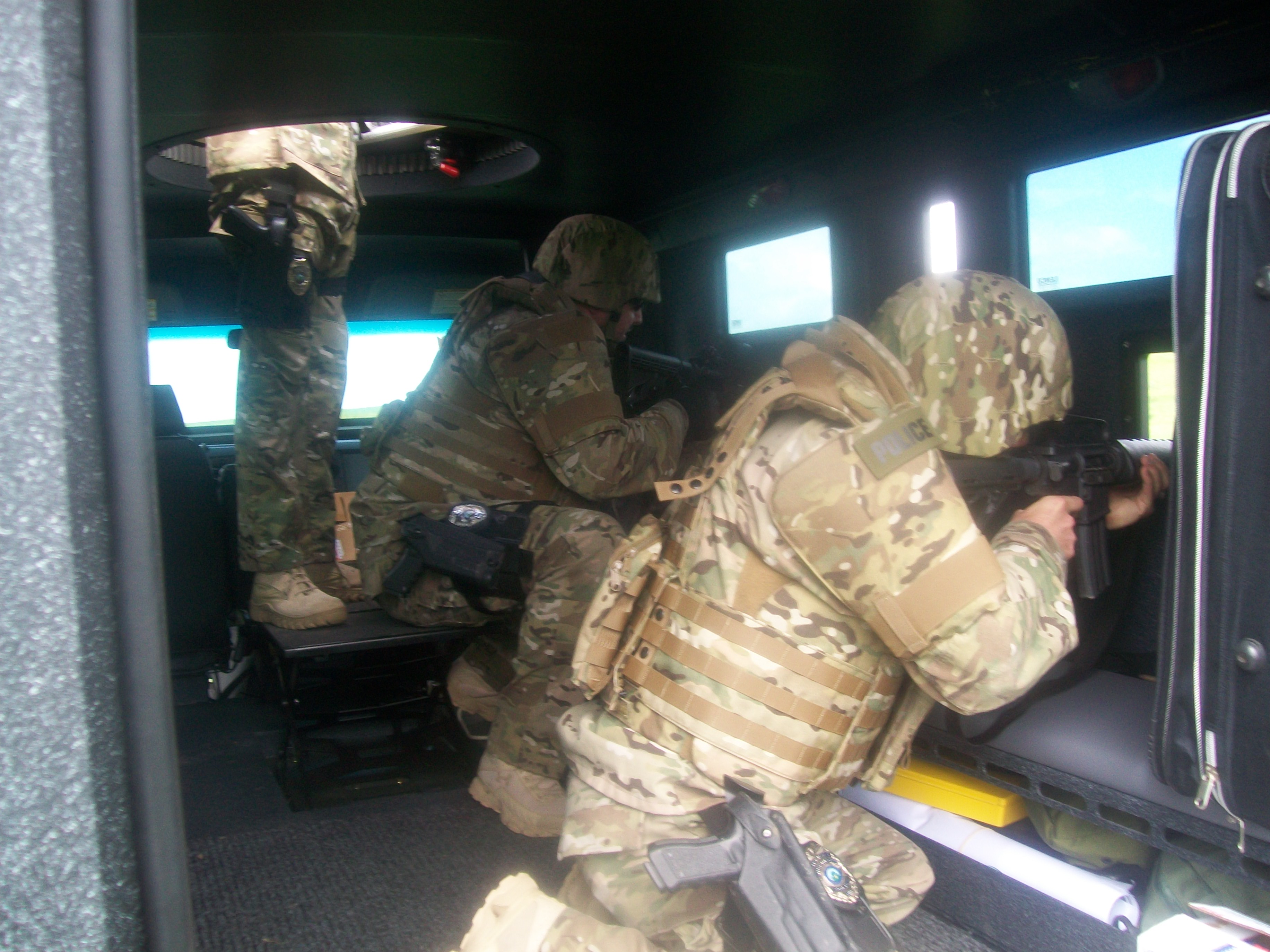 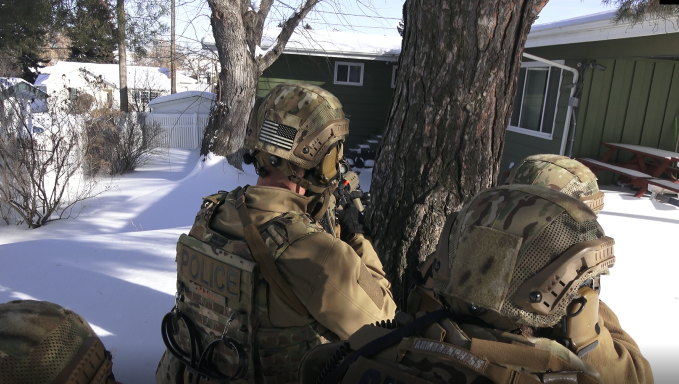 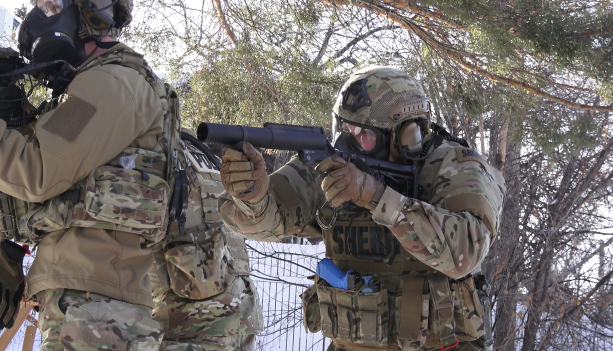 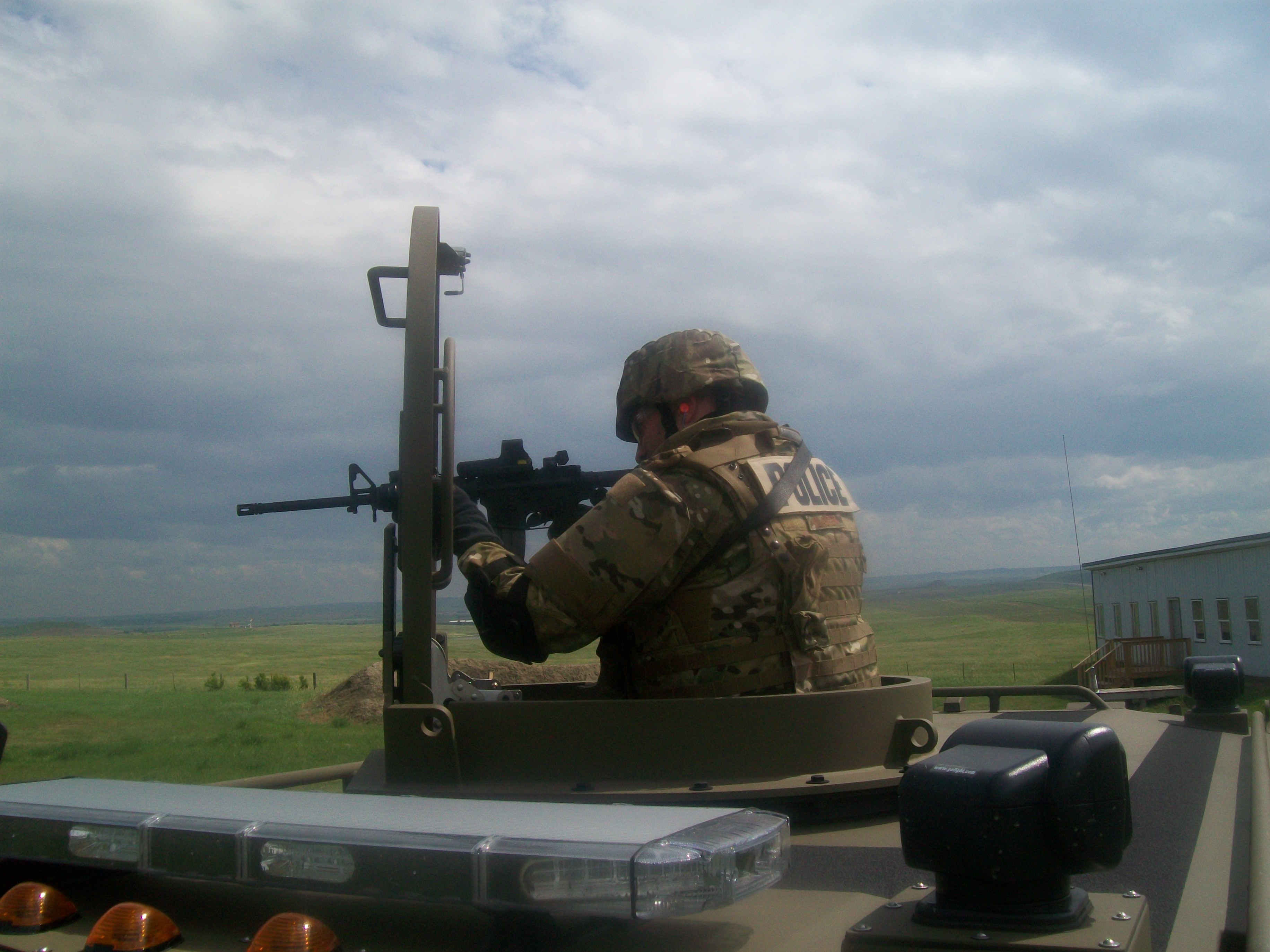 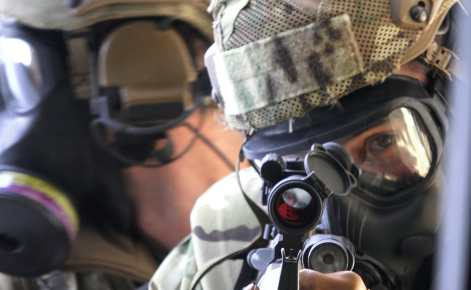 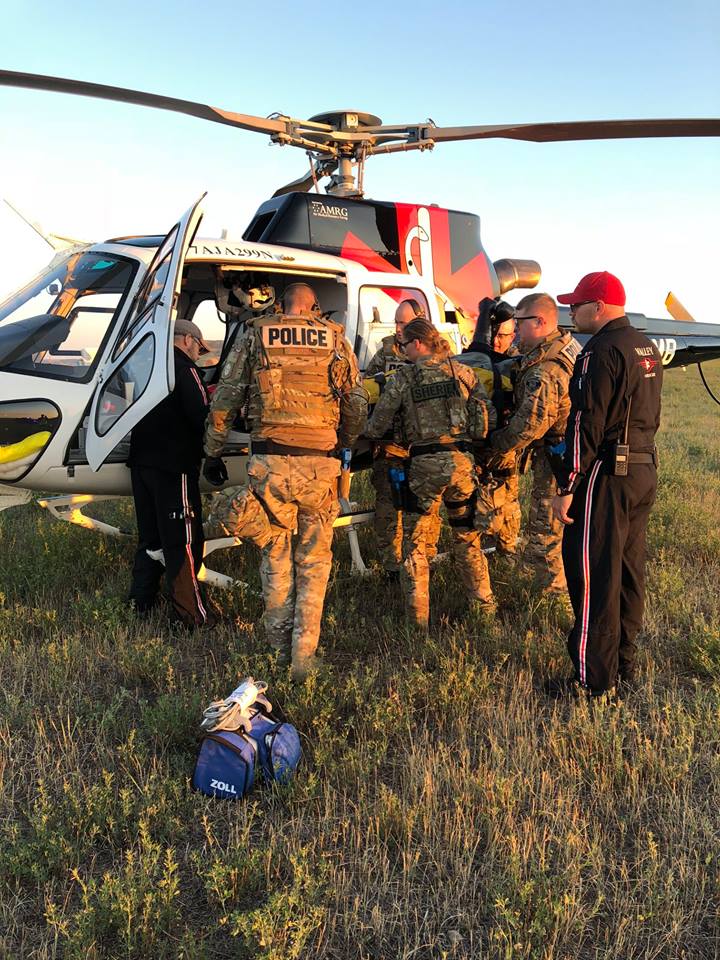 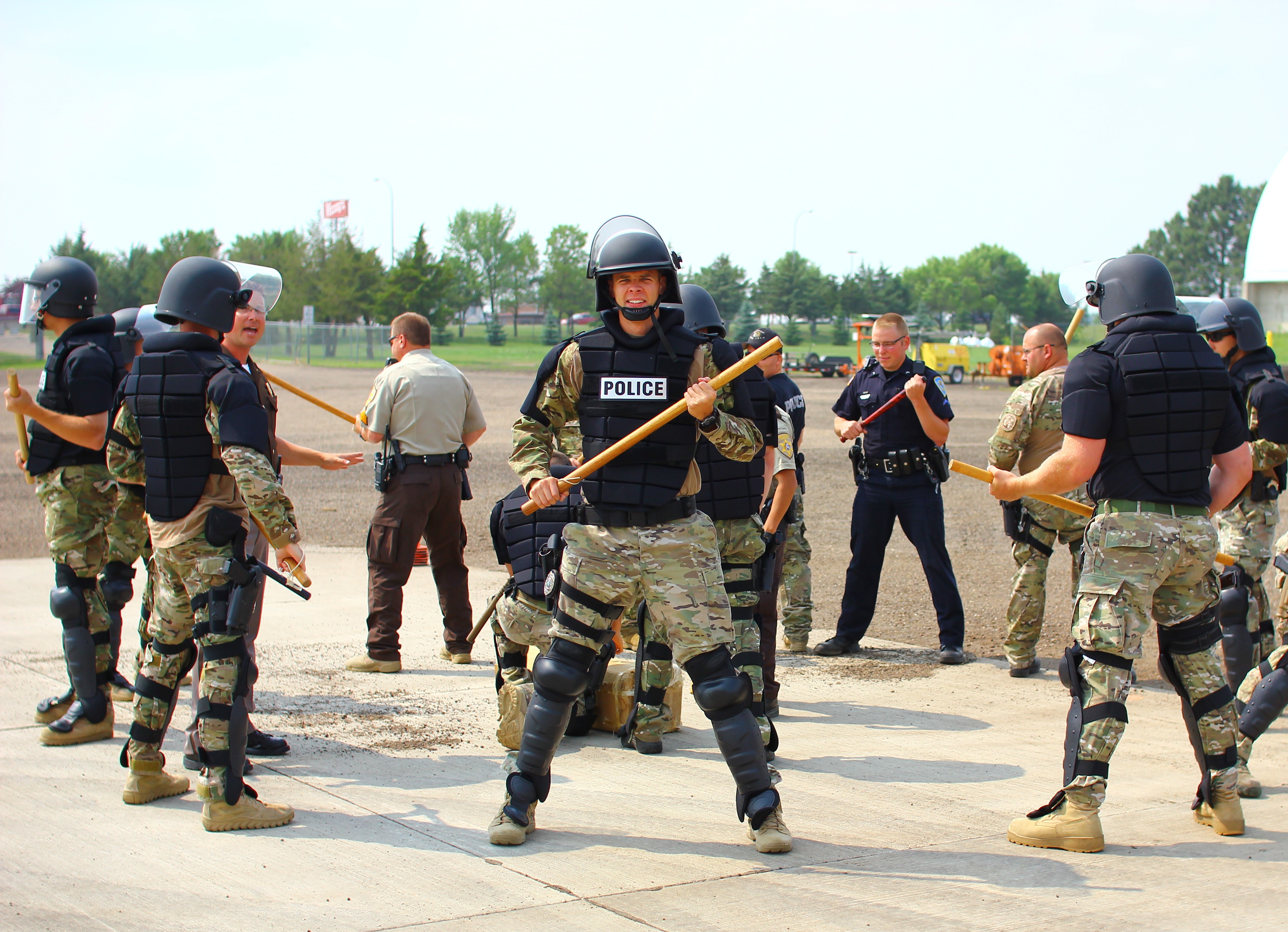 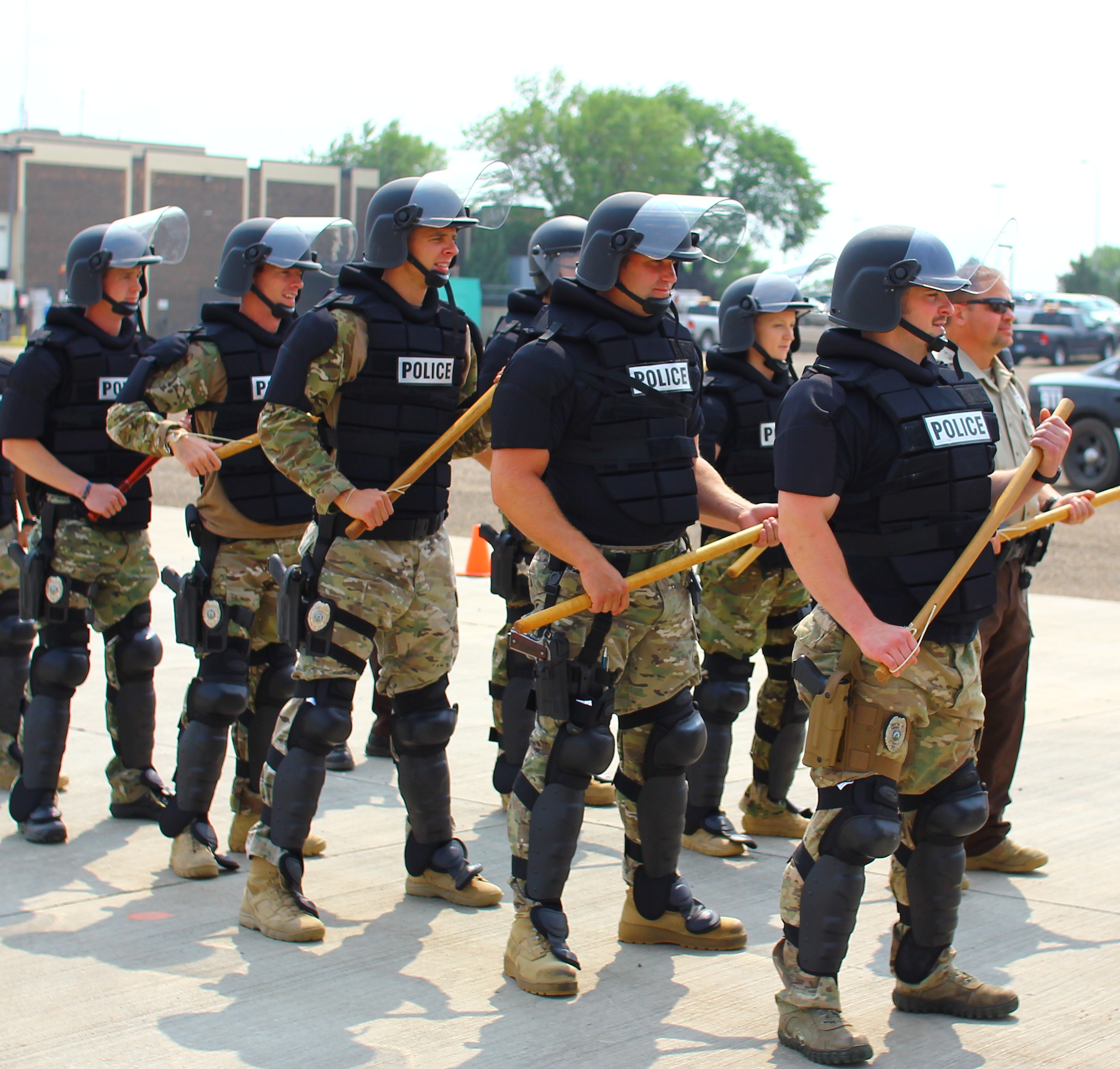 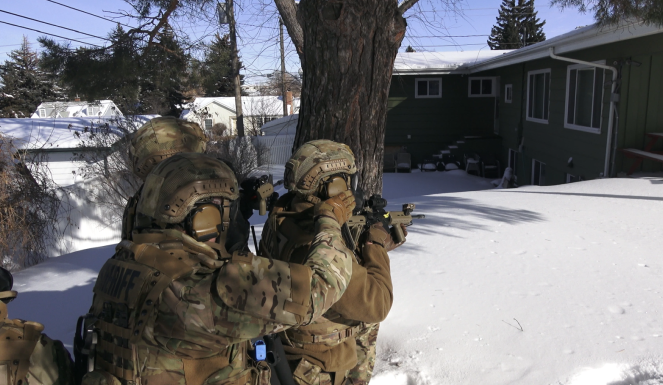